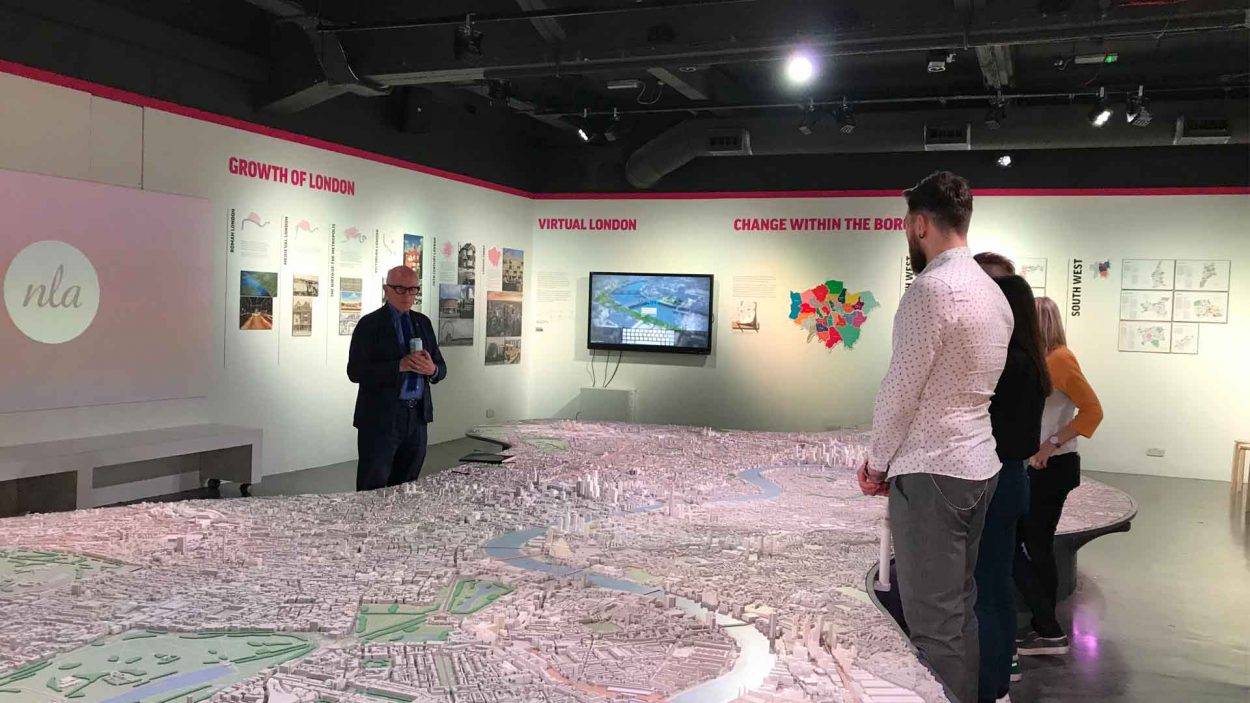 Our London team visited New London Architecture to have a tour of a 12.5 metre long interactive model of Central London, which covers more than 85 square kilometres of the city. The touchscreens allow the New London Model to illuminate buildings and potential developments, giving you a complete picture of the key areas of change planned for the city. It was fascinating to see the city laid out in front of us, as well as being a rewarding experience to spot the countless Wordsearch projects which peppered the model.

The tour was given by NLA’s Chairman, Peter Murray, who was also the founder of Wordsearch back in the early 1980’s. Peter discussed how we began as the publisher of Blueprint magazine, a groundbreaking concept that was not only a critical success, but notable for introducing a style, language and format that greatly increased the accessibility of design and architecture to a broad consumer market. Discover more about our history and legacy.